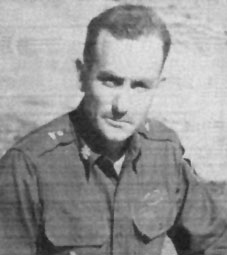 Family legend has it that Mark Mayo Boatner had wanted to attend West Point but that his mother said “No son of mine is going to that damnyankee school,” or words to this effect. The lady, whose mother was a Spencer, had lost many members of her family in the Civil War, and she was dead serious.

Judge Boatner consequently settled for VMI, but his three sons entered West point at four year intervals, followed by both grandsons and a great grandson, to date (2003).

Those earth tremors felt occasionally today on the lower Mississippi are not earthquake warnings from the Memphis Fault but from Monroe, La., where Great-grandmother Fanny is rotating in her grave.Mark Jr., who was reared in New Orleans, had spent summers on familyplantations on Little River in Catahoula Parish and was eager to reestablish the family in Louisiana.  Consequently, on retirement from the army in 1947 he bought a gem of a plantation from a widow, Emma Rogillio McKneely, who thought he would do right by what had been her home for 50 years.  Near Wilson, La., and just up the Jackson Road from the legendary Miss Eva Scott, a Boatner cousin who had inherited The Shades Plantation (c. 1808), the land is within rifle shot, literally, of where Elias Boatner Jr. settled in 1816, and a few miles from Norwood and Clinton, where siblings Daniel, Mark, and Mary Spencer lived. This third generation of “Ludwig’s sons” was a short buggy ride of where their parents, Elias and Jane Black Boatner, their Uncle Jacob, and their Uncle John’s son William Jared were accumulating large holdings in the newly established Mississippi Territory.

Mark Mayo Boatner III followed his father and two uncles to West Point, graduating in the Class of June 1943. He saw action in Italy as an infantry battalion operations officer, S-3, and in Korea as a regimental S-3.While on active duty Mark III published articles in professional journals and wrote several books including, Military Customs and Traditions, The Civil War Dictionary, Encyclopedia of the American Revolution, Landmarks of the American Revolution (all “firsts” in their fields and considered even today to be premier resources on these subjects), and The Biographical Dictionary of World War II.

He retired from the army in 1969 with a daughter and five sons from two marriages. Eight year old Mark IV had been killed in Columbus, Ga., by an underage driver while his father was serving in the Korean War.

After spending his first six years in Northern Virginia, where his mother’s Gunnell family had lived from colonial times, Colonel Boatner, an only child, took over management of the family property in Louisiana.

About 35 miles north of Baton Rouge in what John James Audubon called “the Feliciana wilderness” when he began his Birds of America series, Penrith Plantation comprises 575 acres of gently rolling fields, well managed pine forests, a dozen fish ponds, and old hardwood stands that are home to a variety of small game.

The name Penrith (“Red Rock”) is from the market town in England’s Lake District whence “Scotch Tom” Nelson came to Yorktown, Virginia, in 1700.  When Mark Jr. wrote to the “Mayor or equivalent,” the latter mentioned in a cordial reply that his own wife was a Nelson. Grandmother Gunnell, great-granddaughter of General Thomas Nelson of Yorktown and a bright centenarian when she died in 1969, was fond of Penrith Plantation but always nervous about staying long; she was determined to die in Virginia.

The Boatners had an extensive oral history, but Haydon was the first to do more than pass on family legend. He had a professional archivist and regional historian, the enterprising Mamie Rouzan of Jackson, La., search courthouse records in Liberty, Miss., Clinton, La., and St. Francisville, La. Then he had a distinguished genealogist and regional historian, Leonardo Andrea, search archives and courthouse records in South Carolina. HLB made copies of excellent family photographs, at least one shot by Matthew Brady in his Washington studio. HLB worked up a huge genealogical chart in 1947 that still needs few corrections. Although he went to great lengths to distribute photocopies of all this material, along with his own careful analysis and conclusions, most of this monumental effort was lost in “dead files.” Like so many other family researchers, HLB got almost no intelligent response and much personal criticism for findings that did square with unsupported family legend. Others put his material away with the vague thought that, if ever disinterred, it might “interest the children.”

There is a flippant but valid theory, fortunately shared by Paula S. Felder and Mark M. Boatner III, that no thoughts ever really exist until they have been published.

Now, three decades later, other children are picking up the torch.